If you have ever you been called to jury duty or attended a trial, you may have wondered how jurors are picked to serve. We often hear that the defendant is guaranteed a jury of his peers.

The Magna Carta guaranteed a jury of one's peers. In Britain, a peer is a member of the nobility.

We tend to think of our peers as those of similar social standing. A surgeon being sued for malpractice might then be entitled to a jury of physicians. The drunk-driving defendant might argue that his beer drinking companions are his peers.

In fact, there is no right to a jury of one's peers. The state and federal constitutions provide, instead, for trial by an impartial jury. Jurors must be chosen from a fair cross-section of citizens of the state and county. That cross-section is drawn from a random list of licensed drivers and voters, aged twenty-one or over.

Juror questionnaires are sent to the prospective jurors and the selection process begins. What do you do for a living? Do you read, speak and understand English? Are you a convicted felon? These are some of the questions.

Who is on the jury?

No felon, no active duty soldier and no judge may serve on a jury.

Some persons may serve, but will be excused if they request it: clergymen, doctors, dentists, pharmacists and those who have served on a jury during the last year. Extreme hardship or public safety concerns may also release a juror. Until 1979, any woman could be excused from jury duty simply by asking. That year, the U.S. Supreme Court declared that privilege unconstitutional.

As the trial date approaches, the court will summon 35 or more jurors for the jury panel. The jury trial may be a civil trial, for example: one person suing another for money. But often, the trial will be criminal, with the defendant charged with committing a crime.

Once the jury panel is sworn in and seated, the judge and the lawyers get to ask them questions to determine which jurors can be fair and which may tend to favor one side or the other. The judge then asks the panel to leave the courtroom.

The panel waits in the jury room, while the lawyers do their best to remove jurors whom they believe may not be fair to both sides. The jurors come back into the courtroom and twelve are seated in the jury box. Those who are not selected are thanked by the judge and allowed to leave. The trial begins.

If you find and believe from the evidence beyond a reasonable doubt:

After the instructions are read: 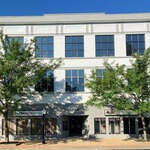